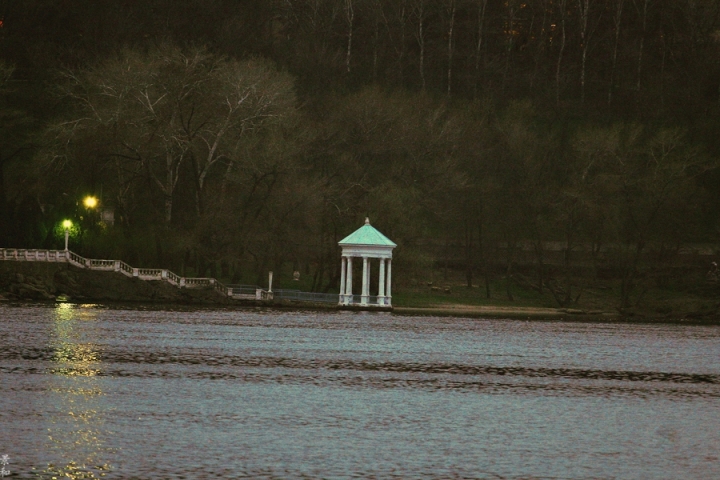 I found this picture.
And I kept staring at it, because at first I couldn’t remember what and where this was, and where did it come from, and I kept trying to place it…

And then I remembered that I took this on my 18th birthday.
At that time, I just happened to be back in the city I was born in. For 3 months, to get some documents right (and study for the exams people spend normally 3 years of high school studying for, from 0 because it was in a different country and language from where I actually did go to a high school, and pass them with good marks to be able to go to a good university, and go to driving school and get my license (the one I haven’t used once, btw) while I’m at it).
Anyhow, since by all the complicated and messed up circumstances of my education I ended up in the city I was born in, but haven’t lived in for years, on my 18th birthday,  relatives from all sides, who were never a family neither to me not to each other, felt like a big gathering is a must for such an occasion.
Which, in turn, brought all the memories of birthdays of my childhood, when a birthday meant that my mother would be stressed cleaning and cooking from early morning, and  adults from both sides of the family would gather around a table to get drunk and shout about politics after I don’t know which glass, quickly forgetting about my existence and the reason they were actually gathered there. And my father would have this mask of constant half-smirk which was supposed to be friendly, because that is how he believed he must act on such occasions, but mostly it looked like he was planning how to murder everyone, at least verbally, and that he hated every minute of it as much as I did. But all of this was happening because he believed that that is how things must be done. And so we all had to too.

So there I was, on my 18th birthday, which is the year of officially becoming an adult out there, numbed by all the stress of being in that country, and the stress of the exams and studies that were supposed to be impossible, to the point of feeling all solid and blank,
pickling myself in Japanese hard rock, standing outside this restaurant on a riverbank, that was picked by my father for the occasion, with my back to our big private room filled with the noise of trashy local music I could never stand and all the people somehow related by blood or marriage, but most of whom never really felt anything but the obligation towards each other, all trying to act normal and fake-smile friendly and find some neutral topics, with the April air outside still chilly and drizzly,
pointing my camera, which I had with me because I was the person who has a camera and apparently that qualified me for being the one to take family pictures on my own birthday (it was all very weird and awkward, I’d say now, but I couldn’t really say so back then), at the other side of the river, not even being present in that moment enough to remember anything else about that day, but this picture.

Maybe: Photographer. Writer. Translator. Noone. Alien. Allovertheplace.
may write in many languages(with lots of typos)

もふもふ
For the last couple of weeks I've been very persistently trying to get drunk on black tea. With milk and honey.
After a couple days of working 11-12 hours a day non-stop,
I'm not sure what I'm going to do in summer when it's too hot to ride.
Stages of horse selfie